You are here: Home1 / Collections2 / Transmitter 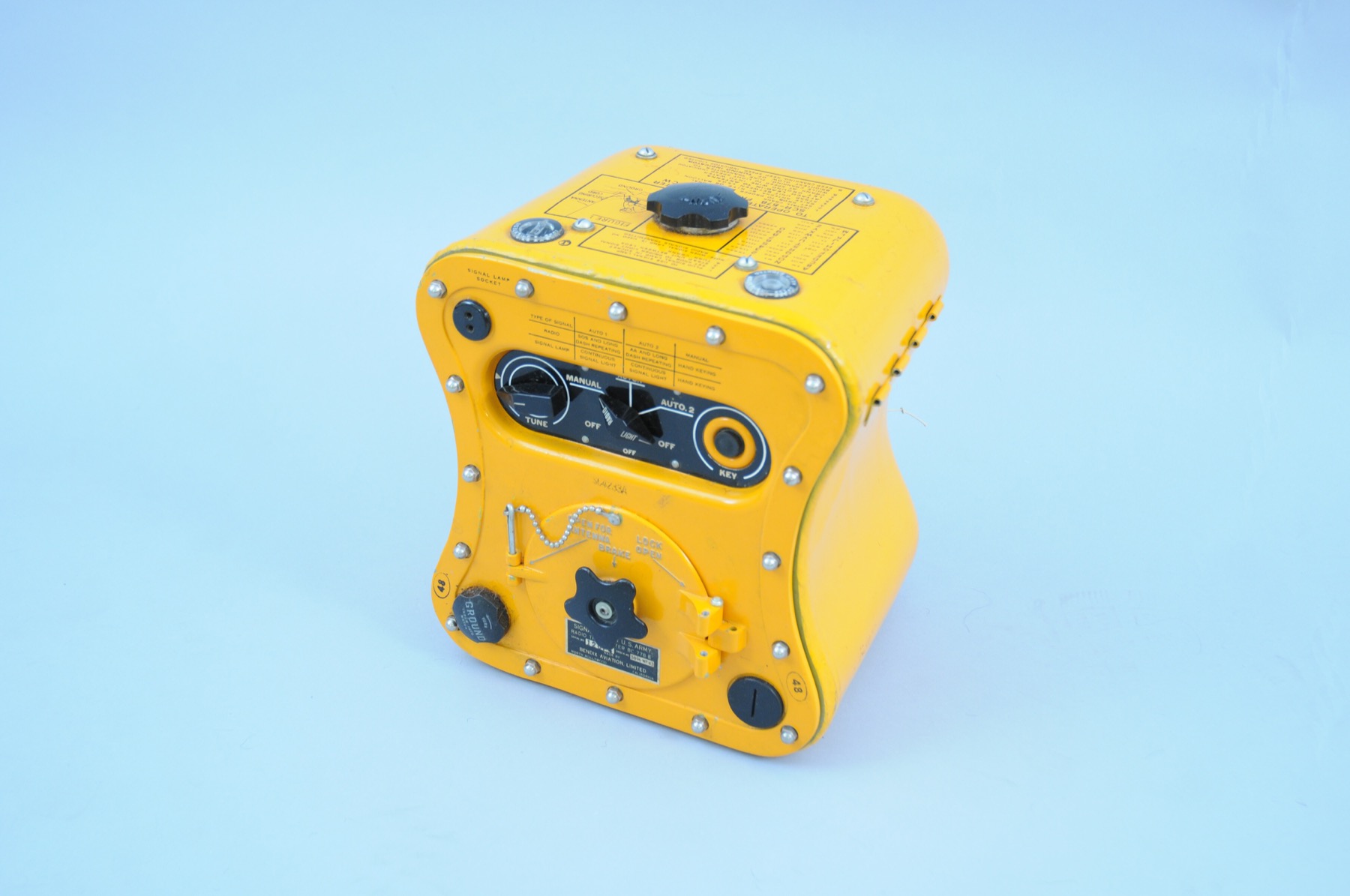 The Gibson Girl emergency radio was used by many northern bush pilots in the post-World War II period. It featured a hand-crank and an ergonomic shape so that it could be placed between a pilot’s thighs while cranking to generate a signal. This transmitter was owned by Hank Koenen who operated a charter airline from 1949 to 1975.