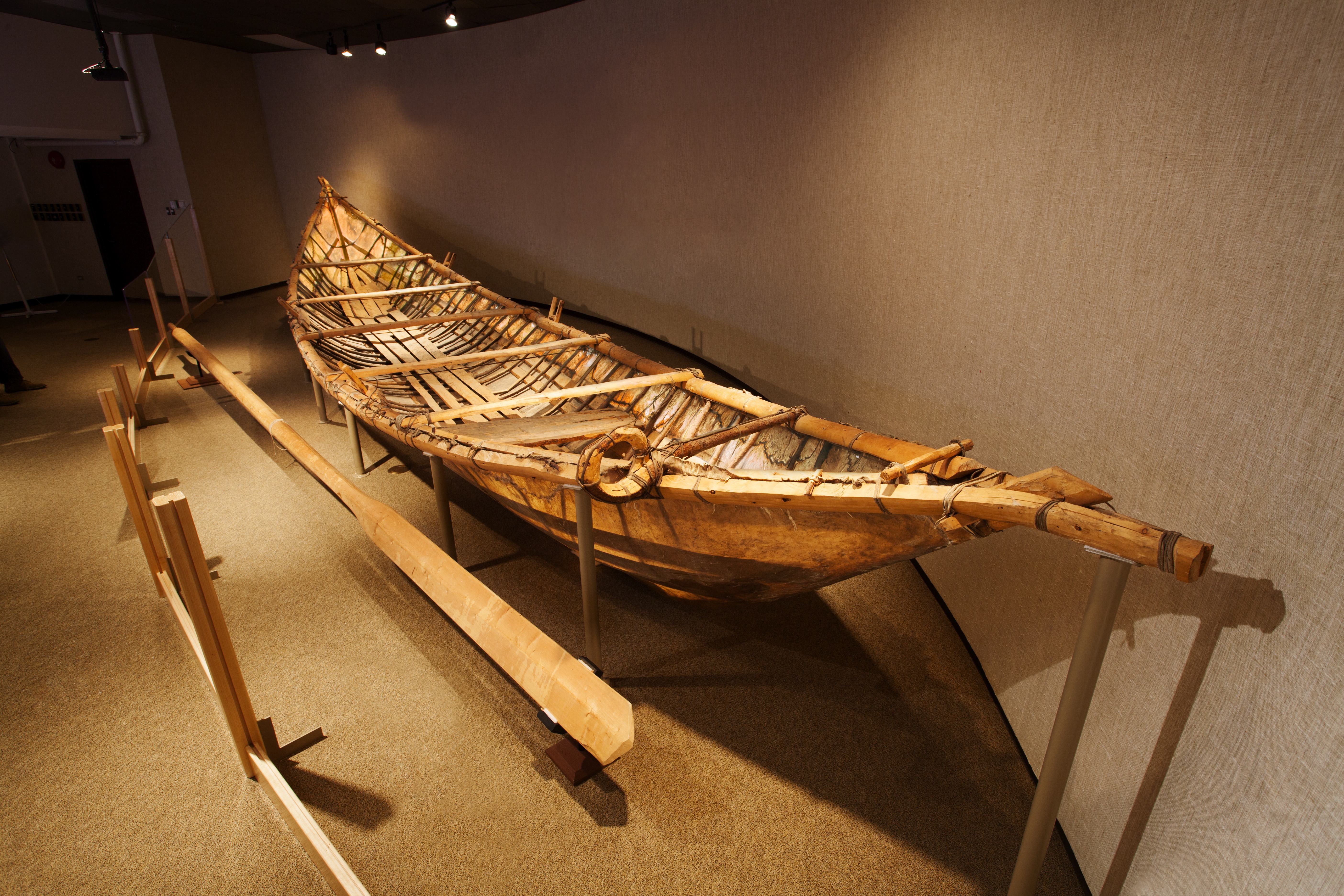 A large boat made of eight moose skins stretched over a spruce wood frame and sewn with sinew and babiche. It was built by Shuta Got’ine elders and youth at the headwaters of the Keele River in 1981 to bring back a fading tradition. The project was the subject of a National Film Board film, ‘The Last Mooseskin Boat’. After the boat was built, it travelled down the Mackenzie River to Tulita and has been on exhibit at the Prince of Wales Northern Heritage Centre ever since. Shuta Got’ine inhabiting the mountains west of the Mackenzie River traveled in moose skin boats from the late 19th century to the 1950s. They were made at mountain camps in early summer to transport people, dogs, dried meat, hides and other goods down the fast-flowing rivers to Mackenzie River trading posts. Built as temporary craft, the boats were dismantled after the journey, and materials reused.