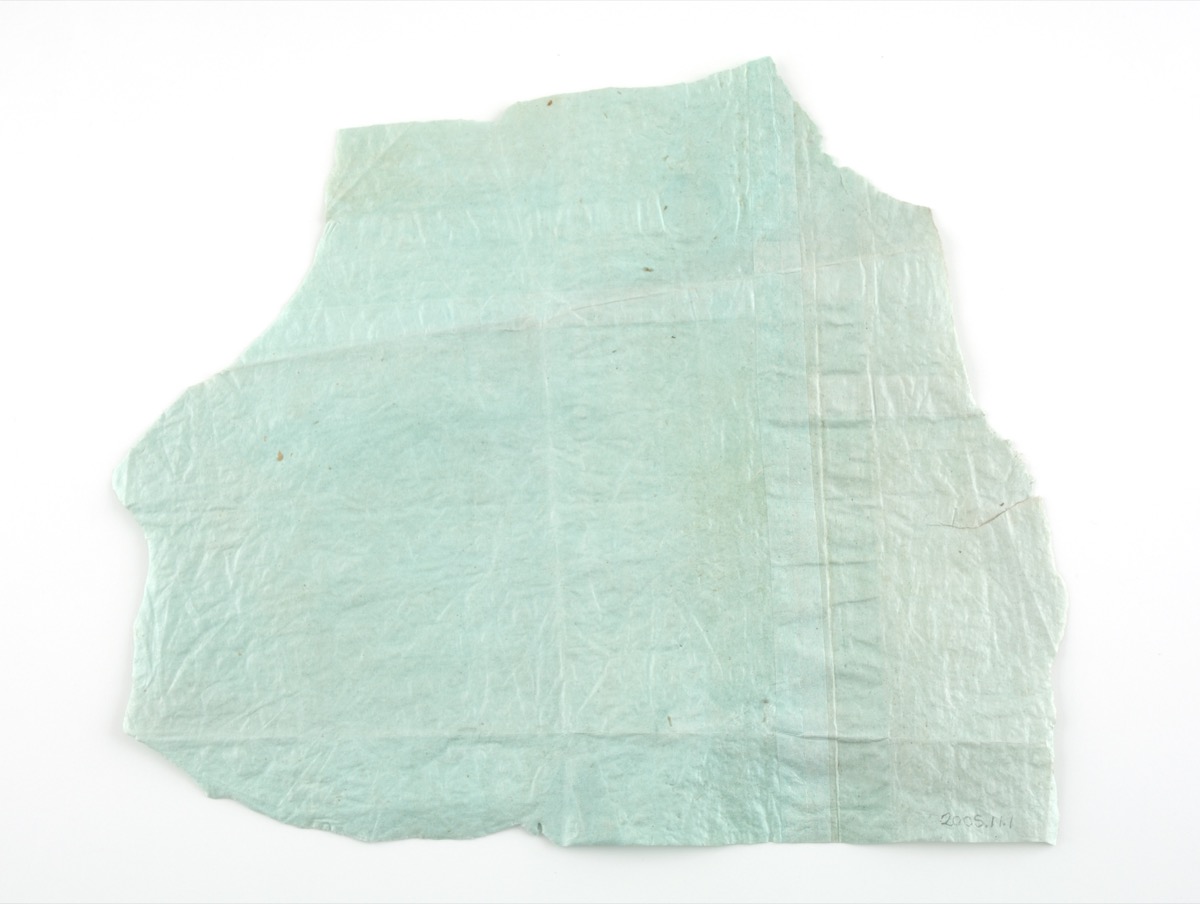 A piece of laminated mulberry paper from a World War II Japanese air balloon recovered near Hay River in June 1945. The Japanese launched approximately 9,300 of these hydrogen-filled balloons in 1944 and 1945. They were carried by air currents to North America. Most balloons carried small bombs, intended to cause panic and start forest fires.