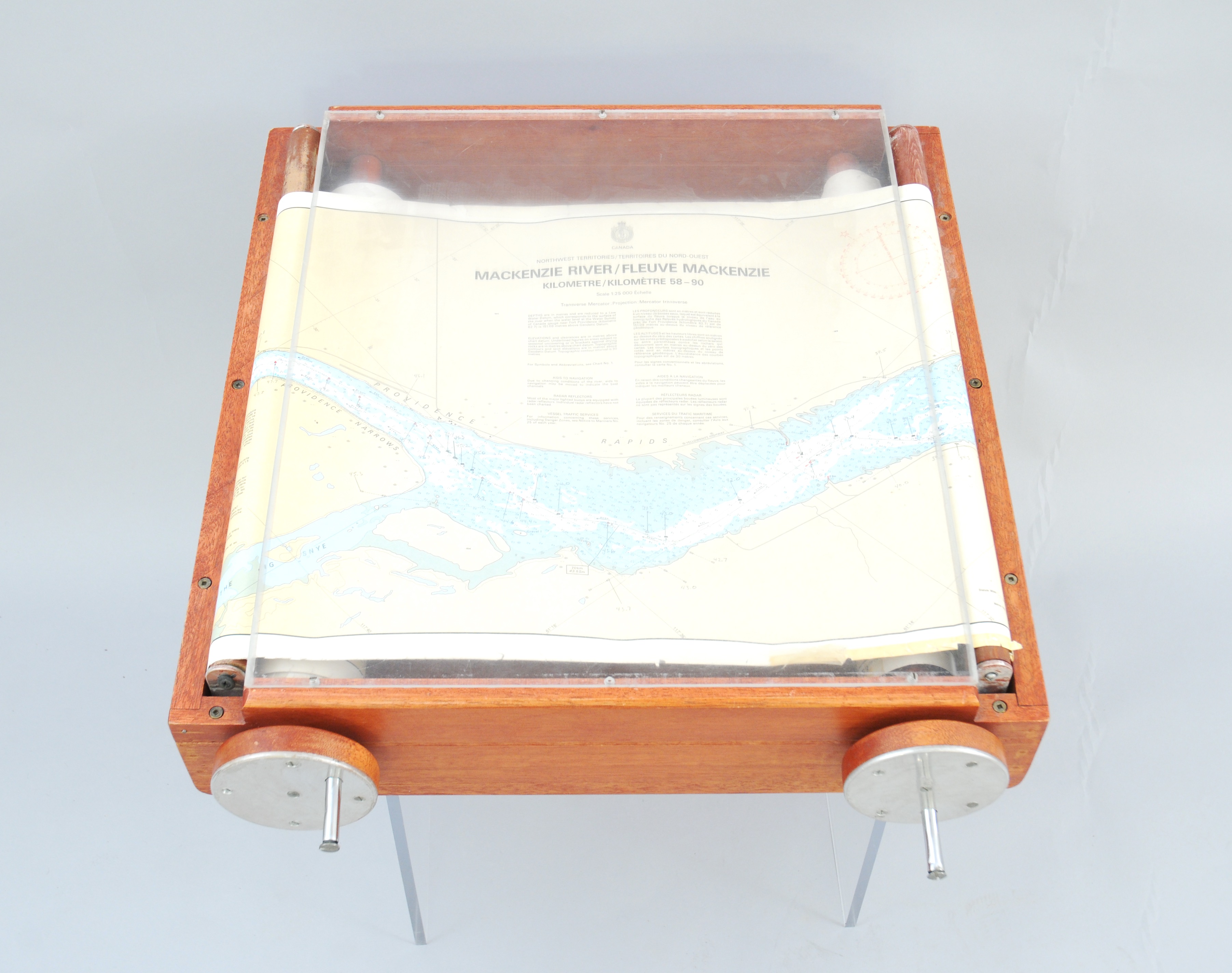 A chart rolling device, containing a scrollable navigation map of the Mackenzie River, used on the Canadian Coast Guard Ship Tembah. The Tembah was in operation from 1972 to 2010. During the summer of 1989, the ship patrolled the Mackenzie River from Mile 778 to the River Delta.