You are here: Home1 / Collections2 / Airplane 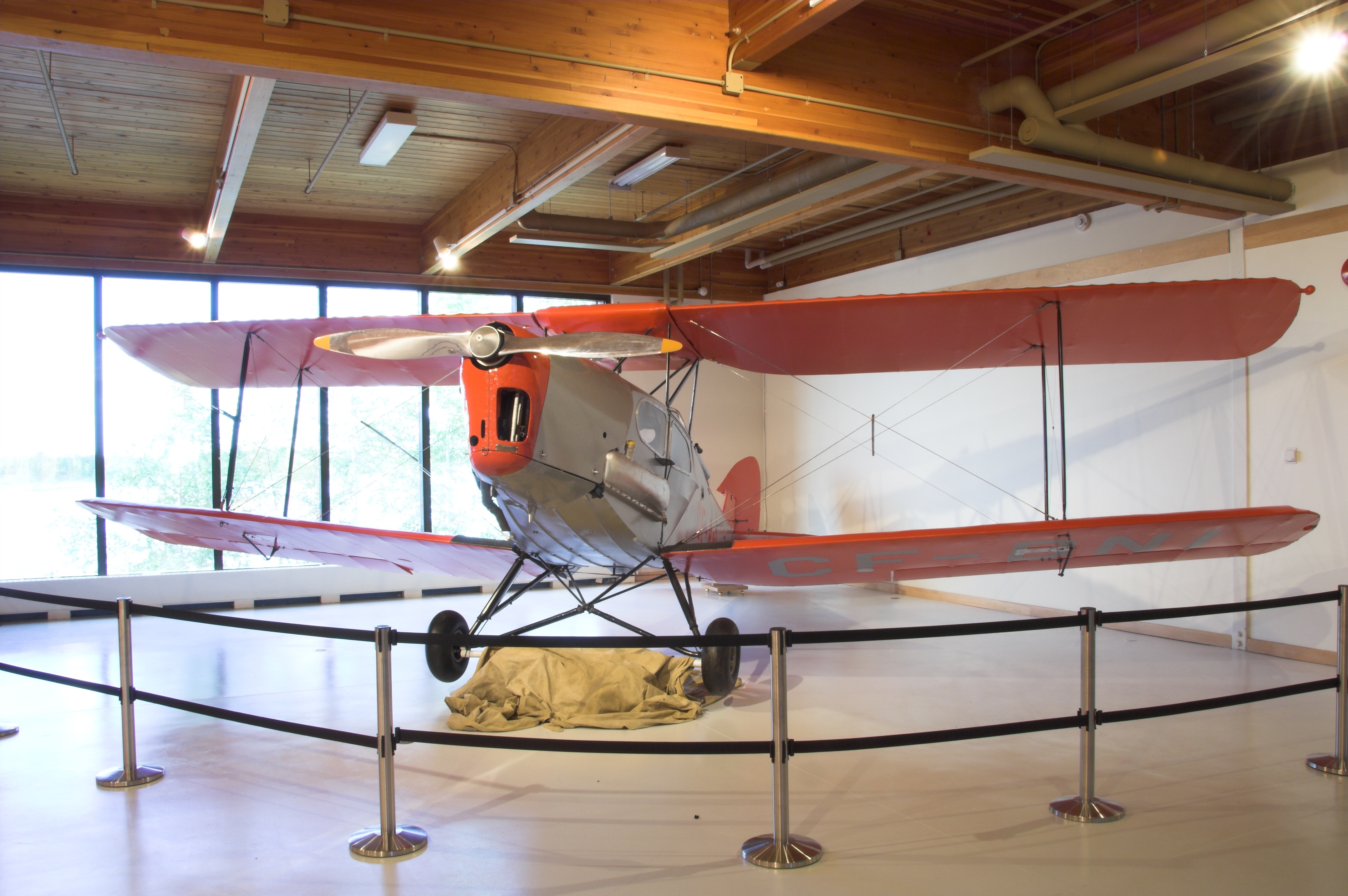 A de Havilland Fox Moth airplane. The Fox Moth was known as the light workhorse of the skies. It was employed in northern Canada during the 1940s doing a variety of jobs including hauling freight and mail, general transportation, medical evacuation, surveying, and mapping. This aircraft was reconstructed from parts of three wrecked planes that crashed in the Northwest Territories. The reconstruction was completed in 1984, and modeled after Registration CF-BNI which was owned by Jim McAvoy and crashed at Porridge Lake north of Yellowknife in 1946.