The goal of the Kache Archaeology Project was to map and characterize historic features at the log house village of Kache. This work was carried out in the context of a larger project organized by the Łutselk’e Dene First Nation (LKDFN) to assess the heritage and interpretive values of Kache and document oral history related to the village.

Located at the mouth of the Lockhart River, Kache was occupied by several families from approximately 1946 until 1949. Most of the residents of Kache relocated to Łutselk’e after abandonment of the village. The village of the late 1940s consisted of ten log cabins with associated features such as raised caches, dog houses, sheds and other features. While we found remains of at least 5 additional log structures in the area, these were not part of the village described by the Łutselk’e elders that lived at Kache in the 1940s, and likely represent separate occupations of the site.

Our assessment of the Kache village site – conducted in collaboration with the LKDFN and Parks Canada – included detailed mapping of all of the village features and local topography, recording of the architectural details of the log buildings on standardized recording forms and photo-documentation of all structures and associated features. In addition, the LKDFN conducted detailed interviews with elders that lived at this village in the 1940s. 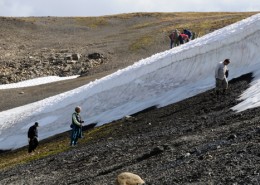 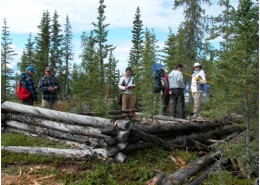 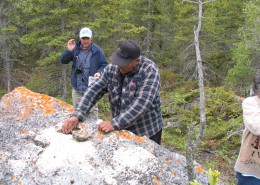 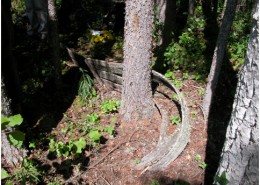 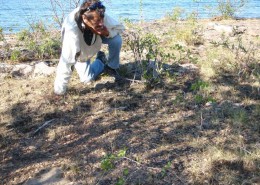 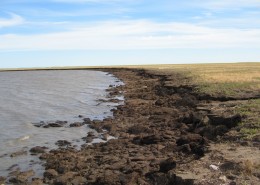