From October 2006 till August 2007, the Prince of Wales Northern Heritage Centre (PWNHC) hosted an exhibit of 50 objects of Dene manufacture selected from the collection of the National Museums of Scotland (NMS). Collected in the NWT in the mid-19th century, the NMS Dene collection stands as one of the world’s best from this time period.

This definitive exhibit catalogue, ‘De T’a Hoti Ts’eeda: We Live Securely from the Land,’ presents Dene perspectives on each of the objects and provides commentary from representatives of the exhibit projects partners: Tłı̨chǫ Government, National Museums of Scotland, University of Dundee, and the PWNHC.

© 2006 Government of the Northwest Territories 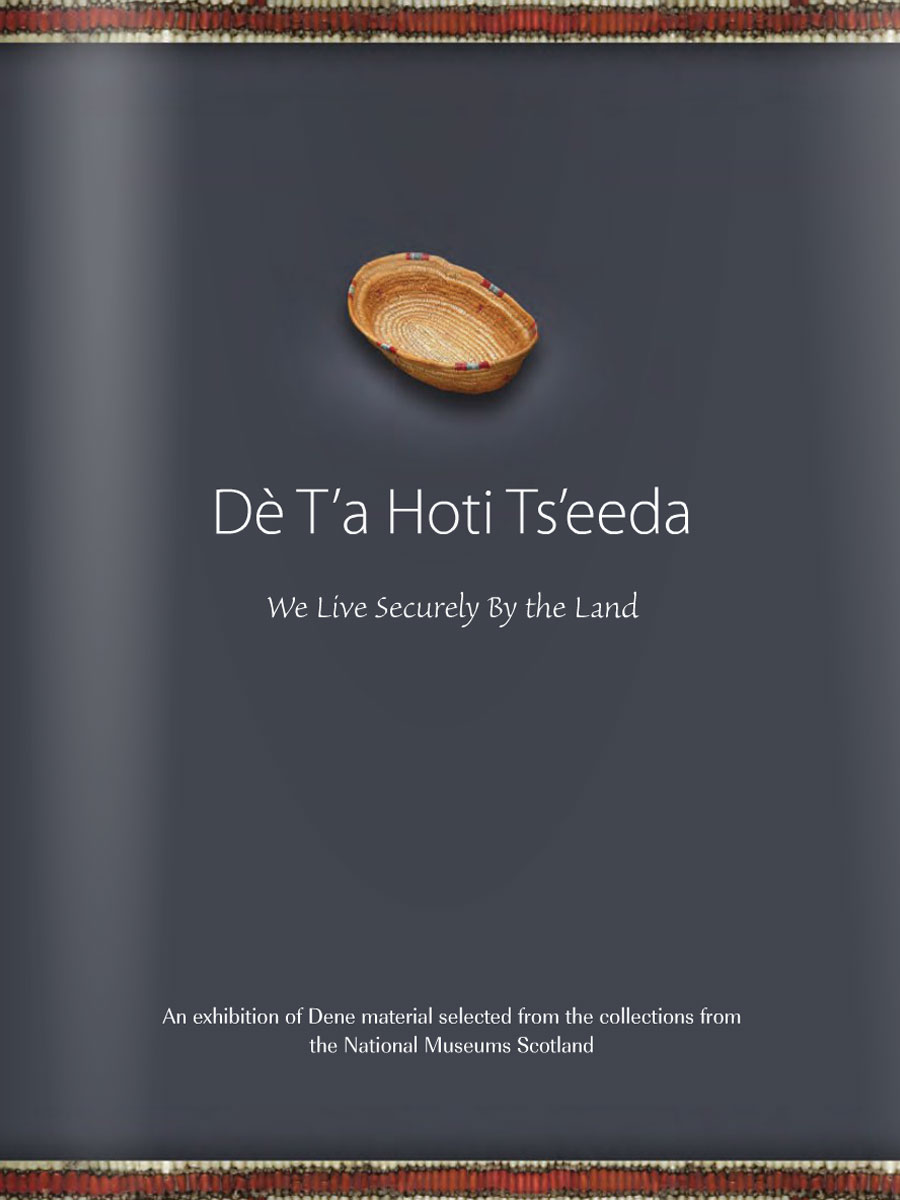